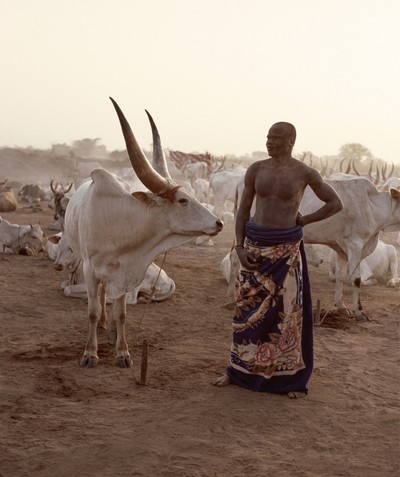 Sometimes a photograph speaks more than a thousand words, and in a documentary about some unique photographs from Africa this is indeed the case.

In 1984, Harry Hook took some portraits of five young Samburu girls in Kenya. The documentary, from the BBC and available in iPlayer, tells the story of how he travelled back to Northern Kenya to find out what has happened to these women thirty years later.

The film holds nothing back in its showing of how modern Africa and ancient traditions are meeting. We see a baboon hunt, and young men drinking blood in a ritual passage to manhood. But it is the sheer beauty and humanity of the film-making that comes through. The ways in which modern pastoralists and hunters continue to live, fiercely holding onto their traditions is truly astonishing and humbling. And when Harry meets some of the women that he photographed all those years ago, tears are not far for us viewers. A powerful, hypnotic and intimate look at the ways in which other people live and I can't recommend it highly enough. See it if you can.